With only three weeks to go before its seventeenth edition, Primavera
Sound completes its artistic programme with six outstanding concerts
that will take place on the HEINEKEN HIDDEN STAGE from Thursday 1st to
Saturday 3rd June. For the fourth year running this indoor stage, with a
capacity of 700 people, will give the audience the opportunity of
experiencing a profoundly intimate moment with the protagonists of its
recently announced line-up, an elite selection of musicians with
strongly marked personalities united by the originality of their
proposals.

The unique space will be up and running for the three main days of the
event and on this occasion will open its doors one day earlier than
usual to receive the surprise visit of a YET-TO-BE-NAMED ARTIST who will
play on WEDNESDAY 31ST MAY during the free inauguration day in the Parc
del Fòrum.

The programme on THURSDAY 1ST June will open with a show by the Swedish
artist JENS LEKMAN, who this year has finally released a new record on
which he goes back to his distinctive romantic baroque pop with one foot
in introspection and the other on the dance floor. He will be followed
by the promising young artist ALDOUS HARDING who will impress both
critics and fans with her second album (her first on 4AD) which is
produced by John Parish. "Party" offers a series of dark and powerful
ballads in which the extraordinary voice of the New Zealand artist
stands out.

By coincidence, the acts that will occupy the stage on FRIDAY 2ND are
also from Sweden and New Zealand. From northern Europe comes THE RADIO
DEPT. presenting "Running Out of Love", which was released last year.
Standard-bearers of the label Labrador Records and the epitome of
contemporary dream pop the band has incorporated more and more
electronic sounds into its most recent records. Hailing from the
Antipodes comes LAWRENCE ARABIA, the personal project of James Milne,
who has recorded for such influential labels as Bella Union and Flying
Nun and has collaborated with artists including Connan Mockasin, Liam
Finn, Okkervil River and The Phoenix Foundation.

THURSTON MOORE will be at the festival on SATURDAY 3RD June with his new
record "Rock n Roll Consciousness", the fifth in his solo career and one
which shows that he is on top form as usual. Moore does not need any
introduction: founder of Sonic Youth, he is one of the essential keys to
the understanding of alternative music. SURFIN’ BICHOS will also
participate to celebrate the 25th anniversary of "Hermanos Carnales",
the greatest work by this Albacete band fronted by Fernando Alfaro and
Joaquín Pascual which is considered one of the most important of the
90s in Spain thanks to genuine anthems such as "Fuerte" and "Gente
Abollada".

All those who wish to attend the programme of concerts on the Heineken
Hidden Stage on the 1st, 2nd and 3rd June will be able to get their FREE
TICKET at the INFORMATION DESK on the Parc del Fòrum site. The tickets
will be available on a one ticket per person basis, from 4 pm on the day
of the shows that they wish to see, until full capacity is reached.
There will also be a limited number of tickets on offer through a new
system about which Heineken will give more details soon on its social
networks. 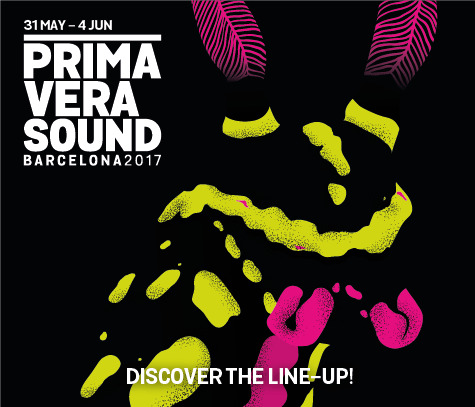